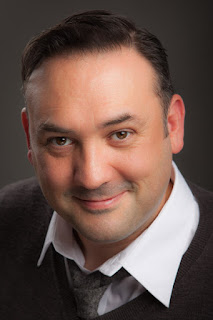 Hello friends.
Sadly this blog is no longer updated enough to warrant returning to it.
Here are some other options:
Face me!
http://www.facebook.com/lliamamor
Twitter away!
http://twitter.com/Lliam
DESIGN:
Posters, flyers, photos and illustration:
http://www.flickr.com/photos/lliam/sets
Photography:
http://lliamamor.tumblr.com
ACTING:
Agent:
http://www.bgmagency.com.au
Showreel:
http://vimeo.com/75002575
Posted by Lliam at 11:43 pm No comments:

After a fantastic debut at the 2014 Melbourne Fringe Festival, my one man improv show 'The Ronin' returns for two exclusive* engagements -

Then later in the month I will be back with 'Revenge of the Ronin' at the beautiful Butterfly Club for two weeks in the Melbourne International Comedy Festival. Tues 24th, Wed 25th, Sunday 29th, Tuesday 31st March & Wed 1st and Sunday 5th April. Visit the Butterfly Club HERE for more info and tickets.

The Ronin is Live!

The Ronin brings a new kind of adventure to the stage - one man improvisation! Lliam Amor weaves the real and the surreal for breath-taking entertainment! Hot vaudeville meets blood tingling, tempestuous theatre. A spontaneous, full-length World Premiere that explodes with sizzling thrills you've never seen before - or will again! Hyperbole!!

It could be simply described as a 'one man sketch show' but The Ronin is so much more. A bespoke performance that utilises audience suggestions, found props and an esoteric soundtrack to create a unique improvised experience. Creating all the stories and characters onstage, Lliam Amor (Underbelly, The Increasingly Handsome Adventures of Earl Bircher, Late Night Impro, Thank God You're Here) morphs between scenarios, criss-crossing the narrative with the oblique - the Ronin is never repeated the same way twice.

After twenty years of ensemble work this veteran improviser explores the missing link between improv, sketch and stand up in his new solo show inspired by Chicago's popular, long running format 'The Sybil', created by Andy Eninger (The Second City). Amor boldly steps into the light to explore his comedy sub-conscious with spontaneity gone rogue.

In 2013 he directed the Wizard Sandwiches in their award winning Fringe show The Last Lunch and more recently appeared in Late Night Impro, the Out of Print Book Club and The Big Hoo Haa Danger Hour at the 2014 Melbourne International Comedy Festival.

The show is being directed by fellow comedy veteran, Jason Geary who shot to national attention with his iselect advertisements.

"...brought an irrepressible energy to every scene he played." - impromelbourne.com.au

"This is comedy that relies more on wit than shock and is all the better for this stroke of intelligence." – Catherine Lambert, Herald Sun

New Adventure! - The Rule of Three

Here's something that is happening this Saturday and going right up until the end of the year. This fills me with joy and laughter and a smidgen of terror (which is how it should be).  Here's the official blurb... 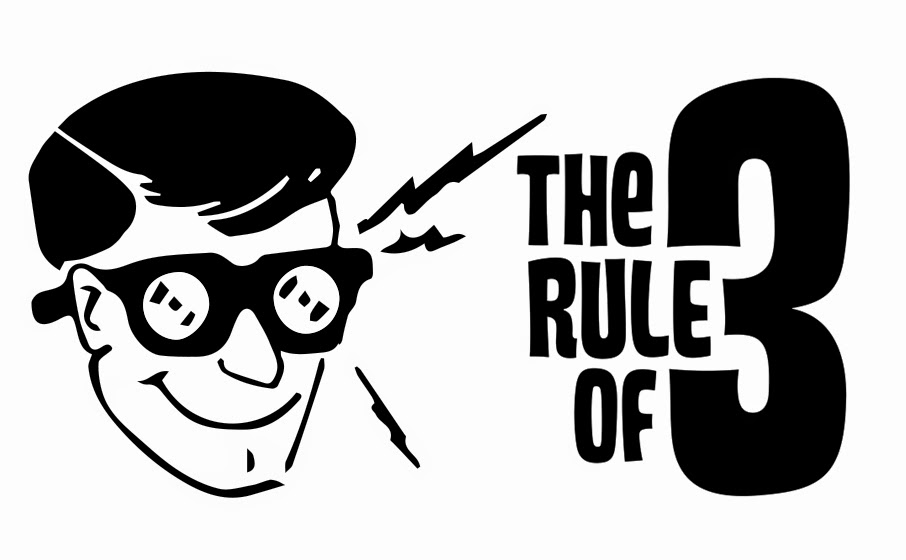 Stars of stage and screen, the funniest improvisers and Melbourne’s best sketch comedians come out to play in this late night, lucky dip.

Improv veteran Lliam Amor (Impro Melbourne, The Micallef Program) wanted a regular room that catered to Melbourne’s burgeoning alternative improv and sketch scene, so he has started one. Taking his cue from the explosion of these groups during the Melbourne International Comedy Festival, Lliam teamed up with Jason Geary (the iselect guy, Sketch-aggeddon) and Karl McConnell (SPARK Leadership, Calamity Wayne) and created The Rule of Three.

“I noticed there was a plethora of great stand-up rooms but nothing really for the brilliant sketch and improv acts amongst us… I have my roots in the old Last Laugh Theatre Restaurant and I wanted a return to the “anything goes” comedy community I had seen in the ‘80s and ‘90s.” said Lliam Amor. After much venue and soul searching they engaged the magnificent Butterfly Club – right in the heart of the city – for a monthly, late night experience.

Tickets here: www.thebutterflyclub.com/show/the-rule-of-three
Posted by Lliam at 2:06 pm No comments:

A world premiere first-look poster for the upcoming Fringe festival show. We have a name but what does it all mean? The rumour mill is again going mild with speculation. What do you think this cryptic clue means? Stay tuned for more info as it comes to hand. 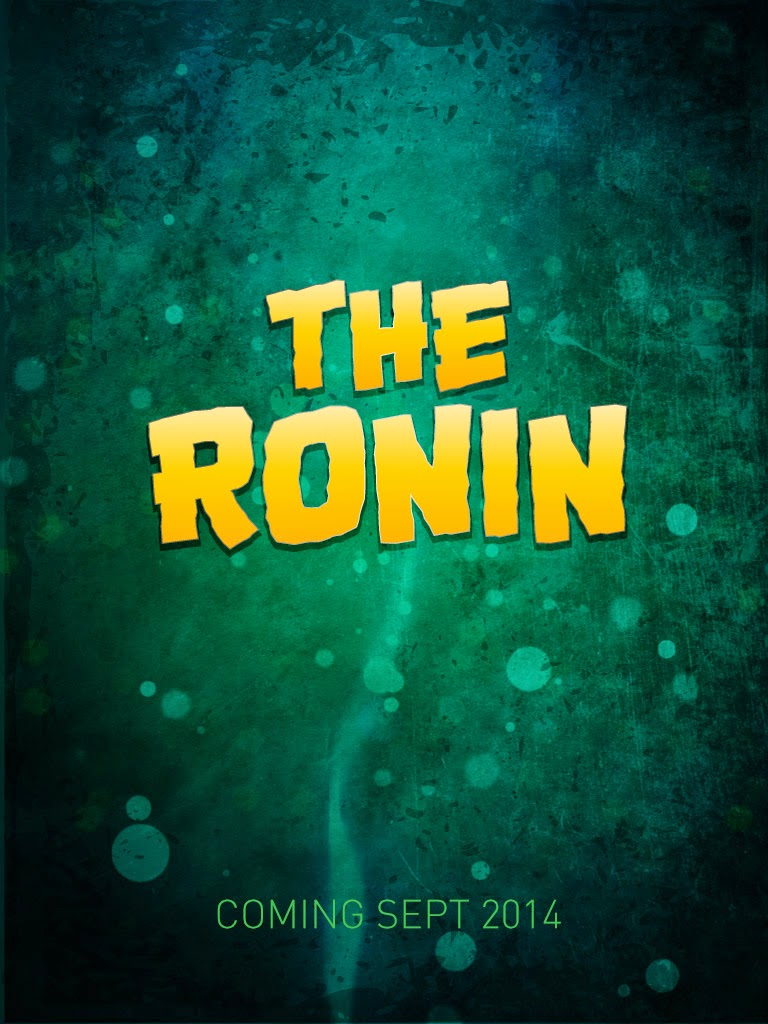 With pre-production in full-swing, a confirmed release date of September, 2014, has been set for Lliam Amor’s highly anticipated Fringe festival show.

"We're very excited to share the official 2014 release date for Lliam’s show, where it will not only anchor the popular Fringe season but also ensure our extraordinary theatre team has the time needed to deliver a sensational show," said a representative from Lliam Amor’s as-yet- unnamed Project.

The Show will be directed by Jason Geary (Sketch-aggeddon, Spark, The i-Select guy) and is being devised by Amor. Popular light and sound wizard, Josh Dore has also recently confirmed his involvement as has the legendary space The Butterfly Club.

Rehearsal is scheduled to begin winter 2014 in a lounge room somewhere in the suburbs.

No word on the title yet but speculation has been rife "Lliam Amor: The Ancient Feart", "Lana Del Ray Winstone" and perhaps the most curious "Can you Feel the Amor Tonight?"

Amor and Exploding Cigar Productions has still not commented on the rumor.
Posted by Lliam at 8:16 pm No comments:

Lliam Amor’s Facebook page has published a press release about his upcoming Melbourne Fringe festival show that officially confirms rehearsals will begin in June or July and speculates that the show will feature three new characters together with some very familiar faces.

Check out the official statement below:

Lliam Amor and Exploding Cigar Productions are excited to announce that principal brainstorming on his new project, directed by Jason Geary, will commence at the end of May 2014, and will be based at Melbourne's legendary venue The ButterflyClub.

This will be the first Lliam Amor stage show to start in the month of May. Known for his meticulous attention to hyperbole and self-aggrandizement, his production crew  will be documenting the process for every installment of the Festival saga. Fans have already set the internet forums ablaze with mild speculation about its title and whether there will be nudity or strobe lighting. An official spokesperson for Lliam Amor neither confirmed nor denied this questioning, “Knowing Lliam as I do he’ll probably entertain the thought of nudity but not in connection with this bold new venture… oh it might feature three new characters together with some very familiar faces though... now please excuse me I’m late for a meeting with SFX”. No further details on casting or plot are available at this time. More information will be posted as it comes to hand.

Lliam
Melbourne, Victoria, Australia
Actor, Designer, Cad and Bounder. Visit my Flickr site for examples of my design work, or happily trawl through this blog and see it in chronological order...